The congregation worships Sunday mornings at 10:30am.  All are welcome.

We are a diverse community of Christians, called by God, who seek to make a positive difference in the lives of those who reside in the Bathurst and Lawrence neighbourhood and beyond. 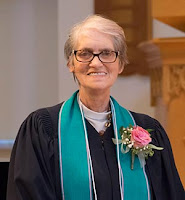 
I am blessed to say that on September 6, 2016, I start a new call with the people of Asbury and West. I understand there is work to be done. It is my hope that while we set goals to accomplish the work that needs to be done; we will also grow in our faith in God and grow as community.
A little back ground on myself: I completed my undergraduate degree at York University and my Master's of Divinity at Emmanuel College, Toronto, Ontario. I have three grown children and three grandchildren. I love to read, garden and play the piano. Just recently I started taking Yoga classes. This undertaking is a work in progress. Last but most importantly, I am married to Rick McKinley.
Rick and I live in Newmarket, Ontario and we have a yellow lab named Dixie Lee. Rick and I both love the United Church and like to travel.
I am looking forward to getting to know the people of Asbury and West United Church and being active in the community.
Yours with Kindness and Love, Rev. Carol
"We always have a seat saved just for you.” 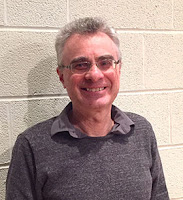 Anthony Panacci attended the Humber Music Jazz Program from 1976-1980 and has received his Grade 10 Royal Conservatory of Music in Toronto.

He is currently on faculty in the Humber College Music Program teaching jazz piano and in the recording studio program. Since 1976, he has been playing extensively in the Canadian music scene, both live and in the studio.

Anthony is a very versatile musician who plays jazz in festivals and clubs across Canada, notably in Toronto, Montreal and Quebec City. In 1986, he toured with classical guitarist Liona Boyd. He has played and recorded pop and country with David Clayton Thomas, Petula Clark, Shirley Eikhard, the Mersey Brothers and Pete Wade, Latin jazz with the Montuno Police, Robby Ameen and his own project “Eclectica Latino” featuring Raul Pineda and Roberto Viscaino.

Anthony also owns a full digital recording studio in his house, where he engineers and produces for bands, singers and music for TV and radio, many different jazz projects including his own “Eclectica Latino”, “Blues for Jazz” and his wife Mary’s “Her Perfume”. In 2016 and 2017, he played in the house band for the CBC Canadian Screen Awards with Norm MacDonald and Howie Mandel! 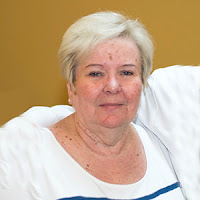 I am a native of Toronto, and although I have travelled throughout Canada extensively, I never considered living anywhere else.
I am a single mother of an adult daughter who I am very proud of.

Currently at my home church I am the recording secretary for our council. When I was asked to take on this position, I was told that “we only meet once a month or every two months” this quickly became every month and then for a while every week. But we have come out the other side of these difficulties and now seem to be on the road to recovery and improvement.

During my time at Wexford Heights, we have amalgamated – I was on that committee, we have hired two ministers and a part time supply minister – I was on those committees, and currently I am a member of the Worship committee. And in case that is not enough of Church, I work at a Presbyterian church in the afternoons when I leave here at noon and still attend church every Sunday.

What makes this job so enjoyable is the congregation. Everyone is friendly, accepting and respectful of others. It is a joy to come to work. 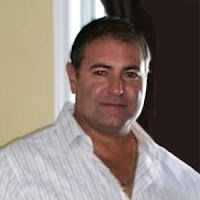 My name is Alvaro and I was born in Montevideo, Uruguay. I graduated from Journalism in Uruguay and after a few years I move to Canada in 1996.

Since then I’ve lived in Toronto. I have a daughter who is 15 years old. I live with my wife Alejandra who is from Uruguay too.

I’ve been working for the United Church for 15 years as a custodian. I started with Asbury and West two years ago.

My hobbies are reading, especially everything concerning with world history and I love to watch Soccer.

It has given me such pleasure working with the people in this church; they are very friendly and cooperative.

1812 - Methodist circuit riders came out from the village of Eglinton on horseback to Bathurst & Lawrence to hold services in the Mulholland family home. This eventually became the Asbury Methodist Church.

1840 - The West Presbyterian Sunday School was opened on the western edge of Toronto at King & Spadina.

1925 - The United Church of Canada came into being. It joined Methodist, Presbyterian & Congregationalist churches together. About 30% of the Presbyterian Churches stayed apart.

2011 - Asbury and West gets designated a Heritage building and begins it's renovation.

If you are interested in renting our facility for your special event, please contact the Church Administrator
at 416-783-6503 or email secretary@asburyandwest.org for rates and further information.

Donate to Asbury and West

If you have any questions about the CanadaHelps.org site or services, please visit their charity frequently asked questions (FAQ) site at www.canadahelps.org/CharityFAQ/FAQHome.aspx

Donate A Car to us!